The west coast of SA is a series of increasingly smaller and less comfortable townships.

The first stop after Ceduna is Penong. We always play a car game of shouting “windmill!!” whenever we see one, so arriving at the windmill museum is hilarious.

First overnighter is at the Nullarbor road house. Americans would call this a “truck stop”. This one is windier, with aussie beer and more pies. The sunrise is fantastic. Stocking up on fresh food at Ceduna was a mistake, as biosecurity rules mean we have to ditch it before the WA border. D1 complains that there are actually some trees in the Nullarbor (but not many).

The cliffs of the Great Australian Bight live up to expectations. This is true wilderness. 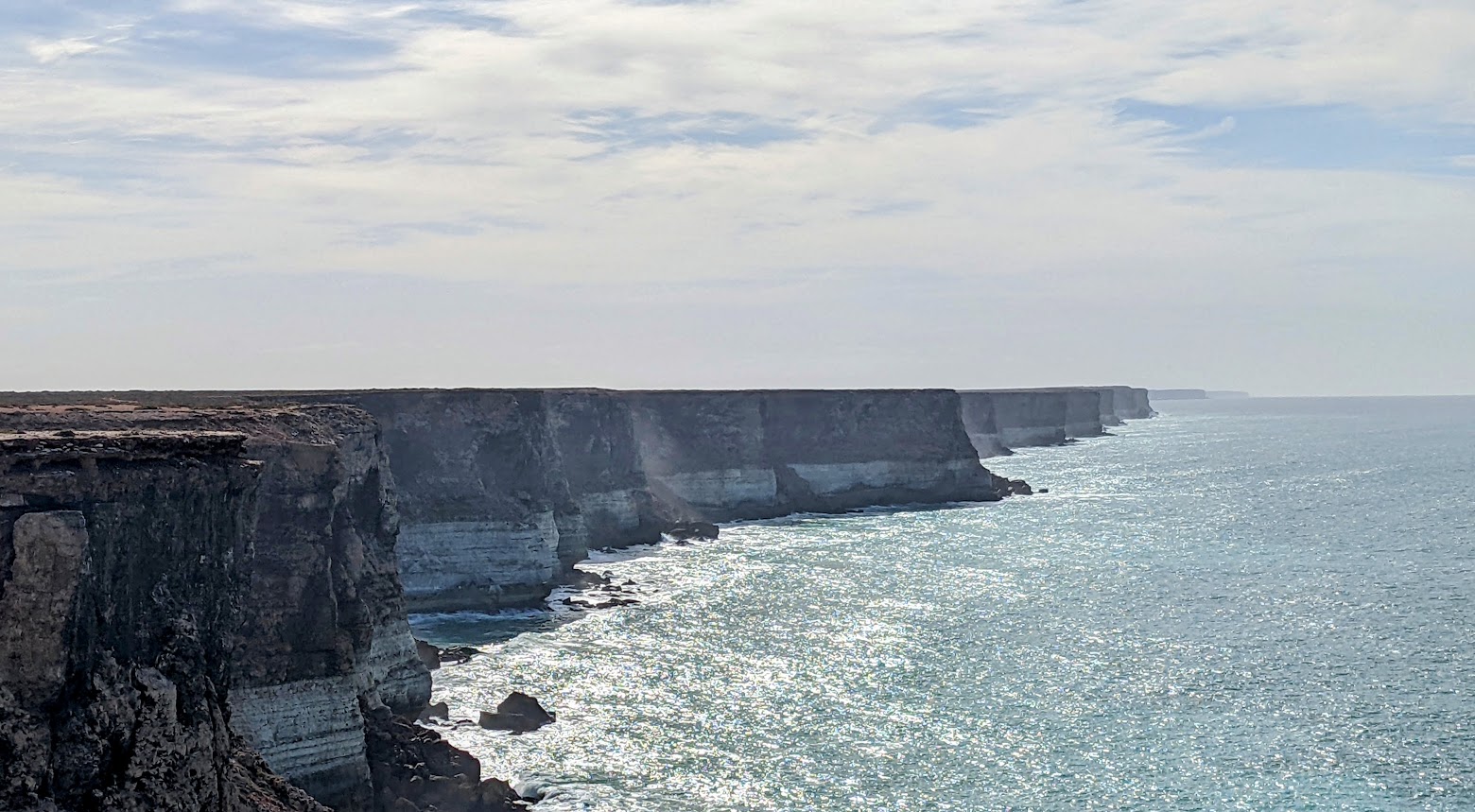 The WA border crossing requires silly amounts of COVID paperwork, which thankfully we have done in advance. We set our clocks back 45 minutes for the semi-official Eucla timezone.

We alternate between driving west in a straight line for hours, fueling up, and staying at bush camps. Madura Pass has great views over the plain. The Fraser Ranges has rockholes and a lightning storm.

Out the other side of the plain. Now we are in mulga forest and mining country.